A Destructive God Sits Next to Me Episode #1 Review 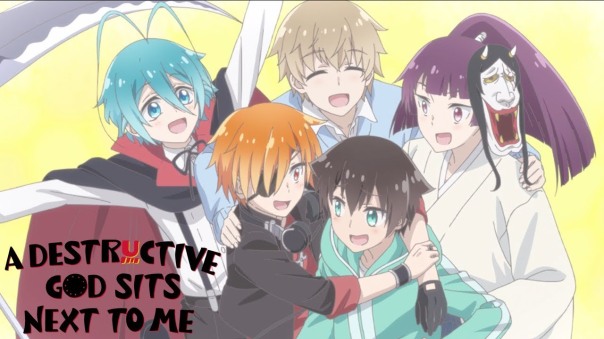 Alright, today we have a fun blog. Its a quick review for the anime A Destructive God Sits Next to Me. I say quick, because I watched this anime last Monday (Whenever I put up the Tokay Ghoul review) and the days have just kinda blurred and ran together. This blog was suppose to come out the day afterwards and here we are on a Saturday night. So, I cannot promise I’ll remember everything, but I do remember enjoying it. Since this is a weird one we may review it a little differently compared to other post.

The first thing that stood out to me was the fact the dialogue exchange is very hectic and all over the place. It is a mix of external conversations with internal monologue. In English, this wouldn’t be a problem. In Japanese, the words are laced on top and bottom of the screen and several characters are talking at the same. I figured I was in over my head trying to follow the plot as I was completely lost in the opening scene. However, the nonchalant humor really kept me engaged. 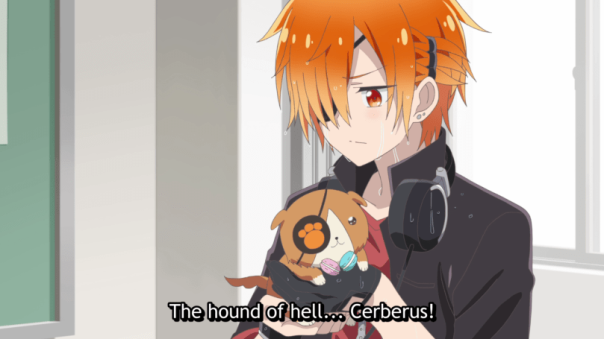 For a show whose main character is a destructive god of unspeakable power, the humor is all over the place and I love it. In a way, I got Bobobo-bo Bo-bobo vibes and that is always a great thing. Our main character Seri Koyuki has very little in the way of confidence and actually was relying more on slapstick humor than I was expecting. Honestly, this was a turn off and I didn’t care much for him. Yet, when he is paired with Kabuto Hanadori (The Destructive God) and fellow classmate Utsugi Tsukimiya, the chemistry really clicks and the group are very funny and enjoyable.

The plot goes something like this. Handadori is a destructive god (Yeah, no kidding). Whenever a student belittles him or insults him in any way, he resorts to lifting his eye patch to unleash his real power. Koyuki consistently has to calm him before he takes vengeance on his classmates. 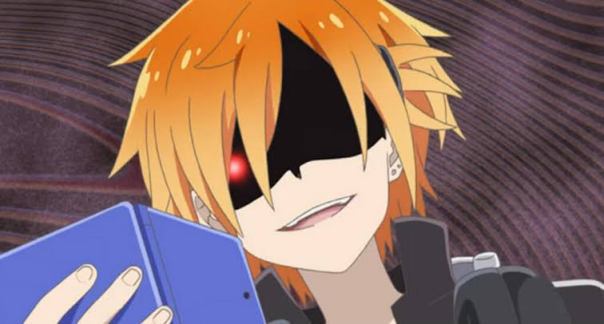 My thoughts with this show were a roller coaster. I was looking for something funny, charming, and lighthearted. At first, this show seemed like a mess that didn’t know what it was trying to do. By the time the gang was playing “Animal Crossing” on the roofs, I was sold. I don’t know if I’m in love with this anime yet, but clocking in with just 12 episodes, I should be able to sit down and churn through this one and get a more accurate gauge at some point. 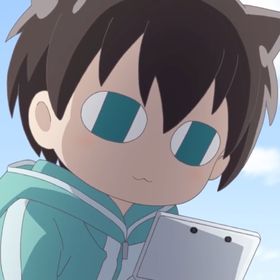 As of now, I am excited for episode #2! We will certainly be revisiting this one at a later date to see if that humor, chemistry, and all around wackiness remains as enduring as it has started! Thanks for reading guys. I hope you all enjoyed this and will give the show a chance on Crunchyroll. Have a great night everyone.

Tags: A Destructive God Sits Next To Me, Anime, Anime Review, Crunchyroll, DaHubbz

Tower of God is a new anime I just started watching last night. It is shaping up be either the most interesting anime I’ve ever seen or it will crash on its own momentum.  The first episode sets up a fantasy setting, a strange objective, and a hole host of characters. What this means for the series as a whole is yet to be seen

Plot: The plot seems straightforward yet eerily mysterious. A tower stands tall tempting its challengers with a simple promise. All that you wish can be found at the top of the tower. Who is brave enough to accept the challenge and who is strong enough to complete the challenge? A better question may be why would someone challenge that. Well, we have the answer for the two main characters, Rachel and Bam.

Rachel. Rachel is the presumed love interest of the story. The story comes right out and says this is her and Bam’s story, though I find it hard to call her the main character. She almost seems like an unrealistic goal or dream Bam aspires to reach. I call her the presumed love interest because I don’t think the show elaborates on what kind of love the two characters share and if that love is even mutual. She saves Bam earlier in their lives (how much earlier is not known to the viewer). However, she still chooses to abandon Bam to challenge the tower. Her quest is to see the stars, something she makes known the second they meet. 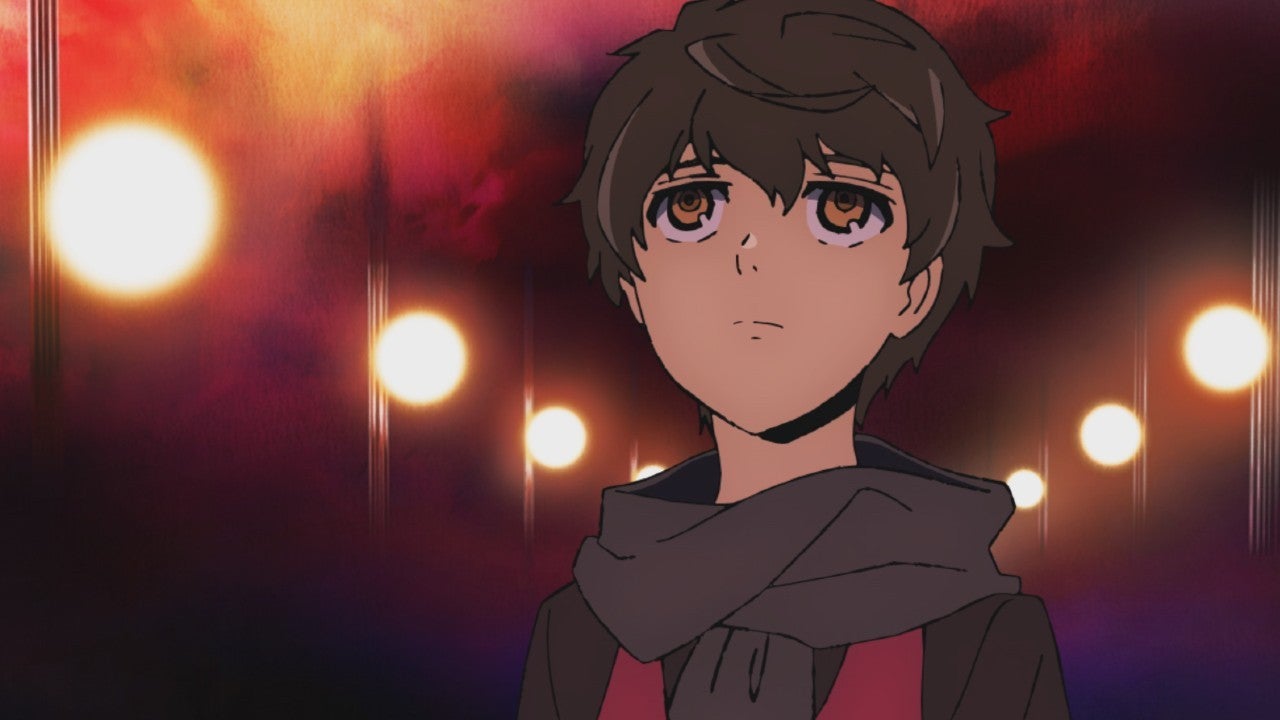 Bam. Bam is more inline with what I think of a main character. The scene is vague, but I feel led to believe he was trapped in a cave until Rachel finds him. In a way, she may very well be the only other person Bam knows which would explain the obsession with Rachel. Of course, he joins the tower challenge all to find Rachel and reunite with her. He seems very Jon Snow in that manner. He wants to do right by Rachel even though every other character in the show is in it for personal gain. This makes you like him and at times go “kids going to get himself killed.” 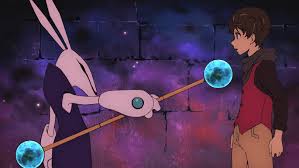 Headron- Headron introduces himself on the first level of the tower but his exact role still seems fuzzy to me. He is like a game show host in a way. He introduces the challenger to the floor and what task they will have to undertake. He seems to get a sick thrill from challengers dying or, at least being at a disadvantage. Despite us leaving him on floor 1, I doubt this will be the last time we see Headron.

Princess Yuri and Evan- Princess Yuri shows up to help Bam out in the first floor, and just in time I might add. With her comes a ton of mystery and allure. Her dialogue with Headron leads us to believe their is a royal family lurking around. What do they gain from the tower and the gauntlet the inhabitants undergo? I’m sure all this will be explored later. As for now, Yuri grants Bam access to her powerful sword which allows him to progress through the floors. 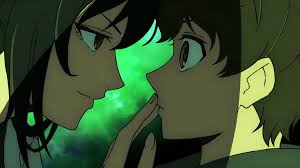 The World: The world actually seems terrible. Again, it is revealed Bam was trapped in a hole in a cave until Rachel finds him. Also, stars and the sky are all rumors. This implies people havent even seen beyond the cave ceilings. Such a wild thought. The tower itself is intriguing. The tower will ultimately be made up of several floors (I’m not sure how many floors there will be in total). The floors all range in difficulty, aesthetics, and challenges.

Floor One- Floor one appears straightforward yet is layered in complexity. Bam is also the only challenger on this floor. The room is almost a sewer or water chamber protected by a giant, majestic eel. The goal? Break a giant, black ball while not being ate by the eel. 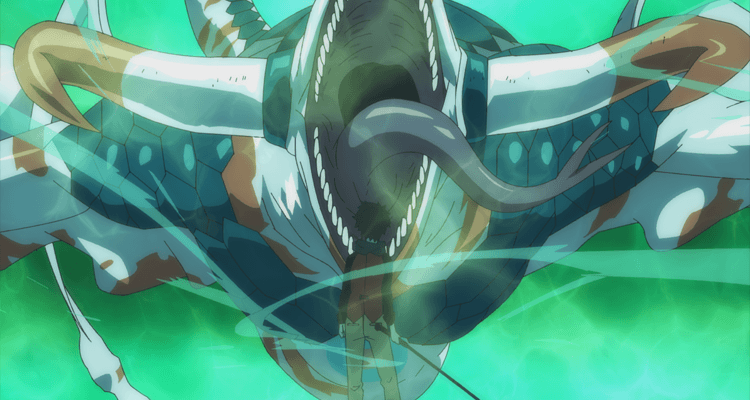 Floor Two- Floor two is completely different. It is a wide open field where each contestant is tasked with killing the other. The round begins with 400 contestant and they are told to get that number down to 200. This is where the show turns into a Hunger Games or PUBG style elimination event.  Honestly, I’m not crazy about the pacing here. People just die left and right. There’s a jump of adrenaline from characters getting absolutely swatted left and right. That jolt of suspense wears off when you realize you don’t know any of the characters and it is just mindless murdering. Still an exciting scene in the moment. I do hope it slows down a bit in the second episode.

Recap: This show has insane potential or could flop. I could completely see it going either way. Everyone was hating on the graphics. It was noticeable but it didn’t derail my enjoyment.

Action Each floor looks as if it will rely on action. I’m sure some floors will be more mentally taxing as we go, but that’s yet to be seen.
Romance Again, the plot seems to be a love story. How stable or romantic it is is to be determined.
Plot The plot isnt super interesting in and of itself. The plot is mostly used to justify the setting and Bam’s motivation.
Characters Bam is the only character we got some level of peek into. Here’s a funny thought. Bam rarely says a word that isnt more or less “I’m doing this for Rachel” yet he easily comes off as a main character. It’s a bullheaded, reckless abandonment,  throw caution to the wind, that would get old or come off as stupid that I find compelling about Bam. But again, it is kind of stupid still.
The World World, meh. Tower,  very captivating.
Humor laugh out loud moments were pretty sparse. It might have had moments that make you giggle but it wont make you fall out of your seat dying of laughter.

Verdict I cannot wait to see how this one unfolds. It will either lose steam or be amazing. Let’s keep an eye out on this one.

Score I’ll give it a solid 8 out of 10. We will see how this score changes as we go.

Bonus material
I watched episode one of this anime last night before bed. I was about to pass out and jotted down some notes so I could freshen up my memory. Check out my early thoughts below.

Great plot and characters, animation quality dipped at certain times but was surprising charming and grew on me.

While I am down there, I will try to stop by book stores and comic stores and pick up some new ones.

So if you stumble across this post, you should totally leave the name of a manga or comic book I should be on the look out for.

You can also recommend an anime I’ll try to get around to watching it. Ideally, something found on Crunchyroll, Netflix, or Hulu.

The drought is almost over.

My moving situation is basically solved and figured out as long nothing changes between now and the first week of April. I am so excited as this change of scenery is what the doctor ordered! I plan to finally have office space(If youll allow me to call it that) I plan to renew my subscriptions and buy some mangas. It’s going to be a fresh spark that I think will add energy back to the blog and create some momentum for the youtube channel.

That wont be until roughly April 5th. In the meantime I have a “Let’s Talk” session lined up for BatmanVsSuperman, as well as trying to read a manga Ive owned for like 4 months. God willing, I will start Random Wednesday next Wednesday, But I make no promises as it seems my time flies by here currently.

Thanks for reading this and sticking by. The ambiguous uncertainty has really taken a toll on me but I can see a light. Here’s to a bright future!