← Latest Pokemon Sword and Shield Update.
Games that COULD come to the Nintendo Switch this year! (2020) →

Alright, everybody, The Mandalorian has finished its first season and appears well on it’s away to becoming a cultural mainstay. Let’s discuss it. 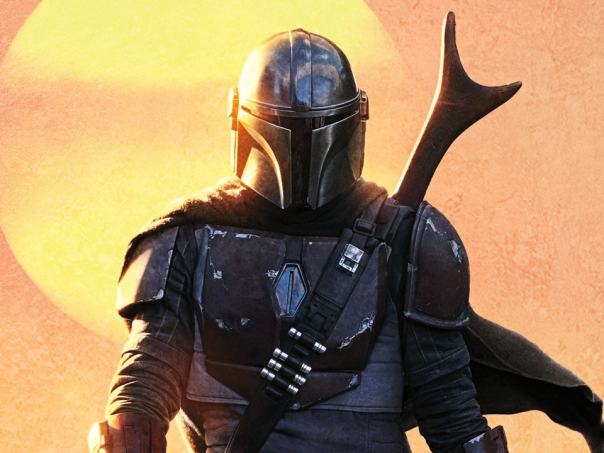 SPOILERS: Some for the early episodes, not too many for the later episodes.

Let’s first begin with Star Wars as a whole. I thought it was very weird to launch a Star Wars show during the hype of Episode 9. Maybe it was smart. I don’t know. The Mandalorian seemed very much intended for die hard fans as well as casuals. There were references to the events of the OG movies, but seeing the movies that predicated the show doesn’t seem like a requirement to enjoy The Mandalorian. Now, this seems smart as Baby Yoda, as dubbed by the community, grappled in plenty of new people who didn’t care about the franchise. You got to remember this was a launch title for Disney Plus. Meaning thousands of people tuned into this show just because they bought the streaming site for Disney originals.

My favorite Star Wars film is Episode 4 A New Hope. Several of the films that follow it may be more epic, but the cast was perfect for this first go round. The writing was great. This film was set in a very dire time, yet there was still plenty of humor and fun characters. I say all of this to say I feel similarly about The Mandalorian as I do about Star Wars Episode 4. I’m not saying the series is better than the movie, just that this was a very, very strong showing.

Characters: For the characters, we will focus on the main two. The Mandalorian, which is referred to as Mando for most of the show, and the child, referred to as Baby Yoda by the community but I will refer to him as the child from here on out. Depending on who you are, one of these two characters made the show for you. 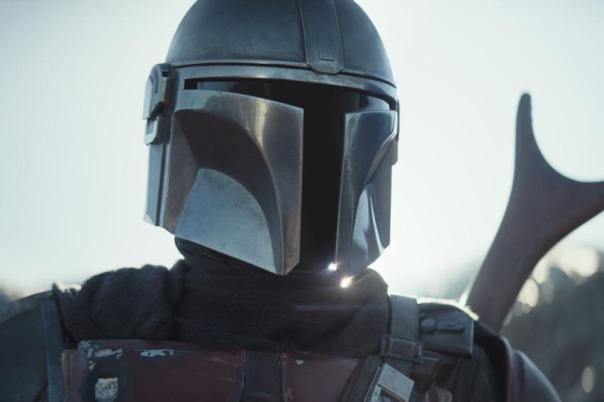 For me, that was Mando. He is such an interesting character. He is tasked with recovering the child from another planet. Mando is successful but instead of honoring his mission to return the child, he proceeds to steal the child back from his original client. This seeks off a season long game of hide and seek. To understand why this action on Mando’s part is so strange, you first have to understand Mando. Mando is a bounty hunter who belongs to two creeds. The Mandalorians and the Bounty Hunter Guild. Mando is a very honorable(if I can use such a word to describe a bounty hunter) man due to the fact he swears to uphold both of the two factions rules. He also values money more than most other things, or at least that is how the first episode perceives him. So, for him to forsake the mission, betray the Bounty Hunters Guild, and sacrifice all the money he would have earned, it is just so uncharacteristic of what we are taught to expect of him.
Sadly, I can’t recall the show ever deep diving into why Mando does this. The only explanation I can justify is through flashbacks. Mando, as a small child, is rescued by Mandalorians and raised in their faction. There’s a nice parallel scene of Mando as a child clinging to a Mandalorian as they jetpack off his planet, which is being ravaged by droids and than of Mando as an adult with the child clinging to him as he jetpacks both of them off of their current planet, Nevarro.

The child is the other character most people fell in love with. He is adorable and without ever uttering one word captured the hearts of many. He goes through character development but not in the traditional since which is why it is hard to gauge him. The child can randomly use the Force to aid Mando and himself throughout their adventures. At times, this feels a little Deus ex Machina. Mando’s losing to a Mudhorn. How will he survive, lets have the child Force levitate it in the air buying Mando time. That’s just one example, but it occurs ever so often. What stops it from being annoying is often it doesn’t work and Mando has to outmaneuver varies foes. Short of that though, I didn’t see any discernible growth on behalf of the child. It isn’t so much a flaw or complaint as much as it is an observation. The child is very likable from the get-go and stays that way. They didn’t ruin the character in any way and, as far as I am concerned, they left a lot of interest in what he will ultimately become.

Plot: I touched base on the main point of the plot in the above sections, so we will not dwell too much here. The Mandalorian is tasked to go retrieve the child. Upon doing so, he double crosses his client and the rest of the series is other characters trying to kill Mando and bring back the child. It is very simple but very good.

The World: Well, it is a Star Wars show, so we actually bounce around about 4 or so planets. The main one is Nevarro. It has a form of civilization hosting a bounty hunters guild and a group of Mandalorians. However, it takes place after Episode 6 so the planet looks like a wasteland at times. None of the other planets get more than one maybe two episodes of screen time. The forest planet of Sorgan stands out as a cool planet, but again it only gets one episode.

Recap: This show is great for first time viewers, casuals, and die hards all alike. If you are invested in Star Wars, you’ll love the references to the old movies and shows. If you are completely new here, the story is not dependent on massive Star Wars lore. It is a great starting point just to get someone introduced to the setting and writing of most Star Wars films.

Action: Plenty. I love how the Storm troopers allow for massive amounts of violent while also keeping it PG.
Romance: I can honestly say it is almost noexistent which is very weird to say. One episode hints at a potential love interest, but Mando’s line of work kills any kind of hope of romance. Though, if you aren’t careful Baby Yoda will steal your girl.
Plot: At times, the episodes feel like typical TV show episodes. There’s nothing wrong with this because they are so darn enjoyable.
Characters: A+. Many of the characters still need more developing in the future, but all were enjoyable and great at their roles.
The World: One of the biggest shames is that we didnt explore more worlds or stay on the ones we did go to longer. It probably would have detracted from the narrative. But I hope Season 2 looks into more of the worlds out there.
Humor: Not it’s strongest suit, the humor was still there for a few good laughs.
The Ending: Near perfection, honestly.

Verdict: I’ll just quote Jessica here. “So, when do you want to rewatch it?”

Score: Against maybe my better judgment I’m going 9 out 10. This score could retroactively go up or down depending on season two, as some stuff is unresolved or underdeveloped. But just judging it against itself it was worth every bit of my watch time. I highly recommend it.

← Latest Pokemon Sword and Shield Update.
Games that COULD come to the Nintendo Switch this year! (2020) →