Oh boy. It’s that time. Sorry this is so late.

(I do not own any rights to the images used throughout this article. All rights belong to the original creators)

Lets do a little background info as to why I am even doing this review and why I am a little annoyed. For starters, when characters got leaked(Wonder Woman and such). Everyone got so pumped. In the final days leading up to BvS the same people started saying the plot was convoluted and the cast was crowded and so on and so on. In fact, that seems to be the main reason it’s getting crapped on. So the way I see things is that big reviewers hyped it up when they knew they  were going to crap all over it. Though I tend to stay away from big time reviewers and form my own opinion (and you should too!)

Quick note: I am not a huge Superman fan nor do I pretend to be so I will mostly be reviewing this as a movie and not a strict faithful retelling of the comics.

Let’s get down to the Good, the Bad, and the Ugly.

The action! It’s the same Zack Synder here who directed The Watchmen and 300 among other movies as well. Anyway my point is the action is good. My favorite fight scene was the final Batman vs Superman fight. Watching Batman beat Superman to a pulp was wonderful (i prefer Batman over Superman honestly).

Ben Affleck. I loved the Dark Knight with Christian Bale and I so scared when they announced a new Batman. But boy, Ben was everything I wanted from a Batman. The old, edgy, push the chips to the center of the table Batman was wonderful. He stole the show in my opinion.

Visuals. The visuals were beautiful. I think notably the final action scene against Doomsday looked really pretty(If that’s the right word for it). The movie is probably underrated as far as color goes. There’s a series of scenes where they are showing the good Superman has done and the color is ominous and heavenly. When the citizens are on the roof and there’s a massive flood and the woman is holding out her hand. The camera then pans to show Superman in the sky. Yes, it is very metaphoric but also a gorgeous scene on it’s own.

The Betrayal of Superman- To me, this is the part where the script/plot is the weakest. The propose makes sense. The goal is to turn Superman from a god to a devil. Simple enough. I see what they were going for. But I was not overly convinced by them. The shootout in the desert and the bombing of the court just seemed forced. 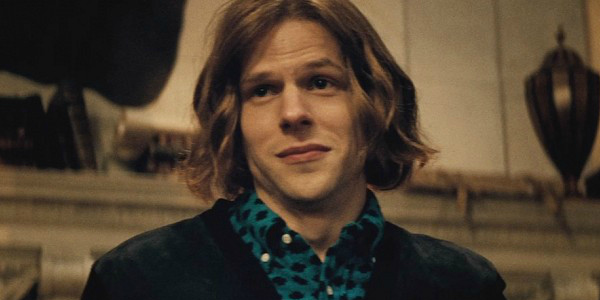 I wanted this to be awesome and it started out awesome. I should start with a disclaimer. I do not honestly know that much about Lex. I should say as far as backstory and motivation goes in the comic. This is just another point where the script missed the mark. So, Lex was trying to ruin Superman’s image. He wanted to show people Superman was not for the people. How do you do this? I’ll borrow a quote from my good friend the Joker. “It’s simple, uh we kill the Batman”. This sounds epic in theory. Have Superman bring the bat’s head to Lex. Batman being the metaphor for man. The introduction to a new villain and a similar name brought this to a halt. Anyway he seemed to be caught in this weird mix between the insanity of the Joker and the ambition of Kingpin . That might just be me?

Villains- If you avoided spoilers on the villains up to this point, stop reading now. If you’re interested, keep reading. Okay so Superman has to fight Batman, Lex, and Doomsday. This is the part where the plot gets crowded in my opinion. They should’ve just cut out Doomsday. I mean he’s famous for being the guy to “Kill Superman”. It was waaaaay too early to bring in Doomsday. The Batman vs Superman angle was amazing and the first two hours is fantastic. However, the addition of Doomsday I think is where the plot went too far. I know what you’re thinking, we needed Doomsday to bring the Justice League together. Here’s one alternative. They had been hinting at The Flash, Cyborg, and Aquaman. Aquaman should’ve come out and beat them both to pieces and tell them to grow up. The camera kept hinting at the the pool where they throw the spear. Have Aquaman grab the spear, hit Superman, and than beat Batman to a pulp. Boom. No need to add Doomsday, or anything like that. or B. Have Lex build his combat suit and make Superman and Batman fight him. I do not know the best course, but they should’ve cut Doomsday. He is way to high profile of a villain to be a second tier baddie. 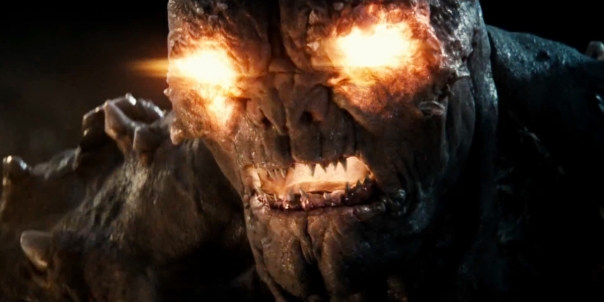 MARTHA- Yeah, this scene got made fun of and rightfully so. I know Bruce missed his mommy and we get constant flashback of her grave so it’s not out of place or anything like that, but it’s two titans dueling it out to the death and a single name makes them buddy buddy. Now if you enjoy this scene and this resolution, than great! But it was just kinda cheesy to me.

It’s not terrible and probably not as bad as everyone is making it out to be. The movie is visually breath taking and has a nice mix of developing plot and juicy action. Bruce is well developed and Lex is off to an okay start. I assume he will play a bigger role in future films. Also, if they cut the Doomsday part and just replace it with something other than Doomsday, this movie would probably be an 8 or 9.

So what is your guys opinions? Was it good, bad, or just straight up ugly?

The drought is almost over.

My moving situation is basically solved and figured out as long nothing changes between now and the first week of April. I am so excited as this change of scenery is what the doctor ordered! I plan to finally have office space(If youll allow me to call it that) I plan to renew my subscriptions and buy some mangas. It’s going to be a fresh spark that I think will add energy back to the blog and create some momentum for the youtube channel.

That wont be until roughly April 5th. In the meantime I have a “Let’s Talk” session lined up for BatmanVsSuperman, as well as trying to read a manga Ive owned for like 4 months. God willing, I will start Random Wednesday next Wednesday, But I make no promises as it seems my time flies by here currently.

Thanks for reading this and sticking by. The ambiguous uncertainty has really taken a toll on me but I can see a light. Here’s to a bright future!

It’s here. If you’re like me, you’ve been waiting for the Merc With A Mouth to hit the big screen. Today’s the day!

I saw it yesterday, which is why I did not blog any yesterday!

This is not your grandpa’s superhero movie. It’s edgy, violent, and hilarious.

In my years of hunting, I never came across too many Deadpool comics, but I knew the basics.

I’ll say for the cinema comic world, he is unique. He almost reminds me of a cross with the humor of The Comedian with the aggression of Rorschach. Aside, from the development of Wade, the story actually seems short. Which in one hand is a bummer, but also left me really wanting more. I think rather you like Deadpool or find him vulgar, he is nice change of pace from the goodie goodies Disney/Marvel keeps throwing at us. He is a good tide you over until the X-men movie comes out.

So, for those of you who have seen it, did it meet your expectations?

For those of you who have not, do you plan on watching it?

Leave your thought down below!