Manga Monday is here once again. This time I take a look at a classic, Tokyo Ghoul. Tokyo Ghoul was created by Sui Ihida. It was brought stateside courtesy of Viz Media.

Spoilers: I try not to spoil or dive into anything too much so you guys can still go read it yourselves afterwards. 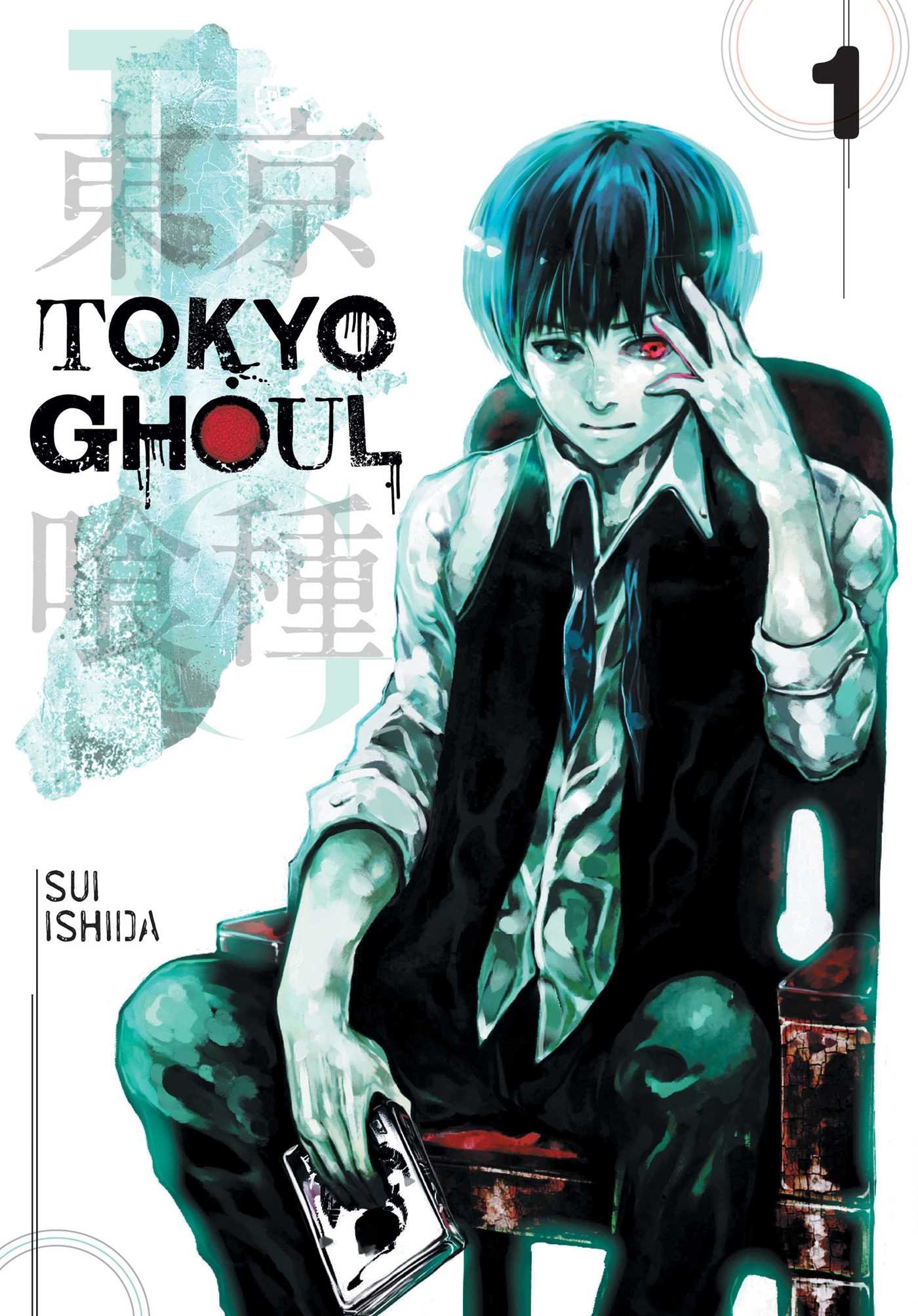 Plot: I cannot say Tokyo Ghoul’s plot is super original but it is super interesting and really well done. Sometimes that matters more. Ghouls are creatures that can blend in perfectly with humans, hiding their hunger, ghoulish features, and desire to inflict harm on humans. Our main character is Ken Kaneki. One day he meets a girl he is super compatible with only to discover she is a ghoul. She damages him but in the middle of killing Ken, she is killed by a freak accident. Not to dive too much into regurgitating what happens, an organ is transplanted from the woman to Ken, which turns him into a half breed. Half human, half ghoul. So at its essences, Tokyo Ghoul is a psychological thrilling horror story that can deviate from that genre to be slice of life, action, or comedy when it needs to. That is something I like about it. It is a horrifying story, yet it can be as fluid and flexible as it needs to be, just like the ghouls themselves. The rest of the book centers around Ken resisting the urges to fully change into a ghoul. 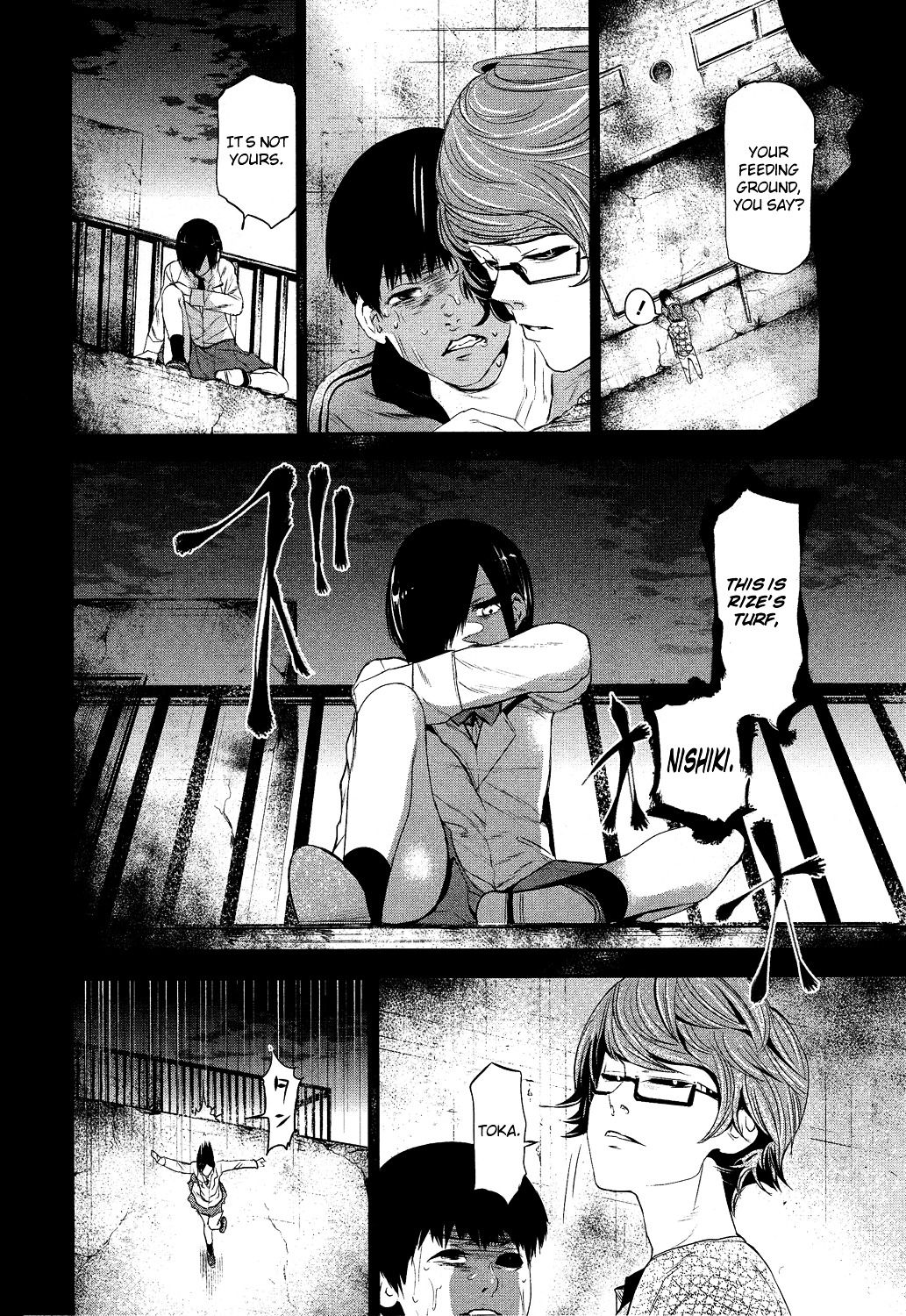 For the record, this is a beefy volume #1 and plenty of characters are introduced. However, Ken really is the only character that is fully fleshed out. In all, we meet one other human that gets panel time and about 3 or 4 other ghouls that get panel time. However, a lot of these characters are left kind of mysterious. 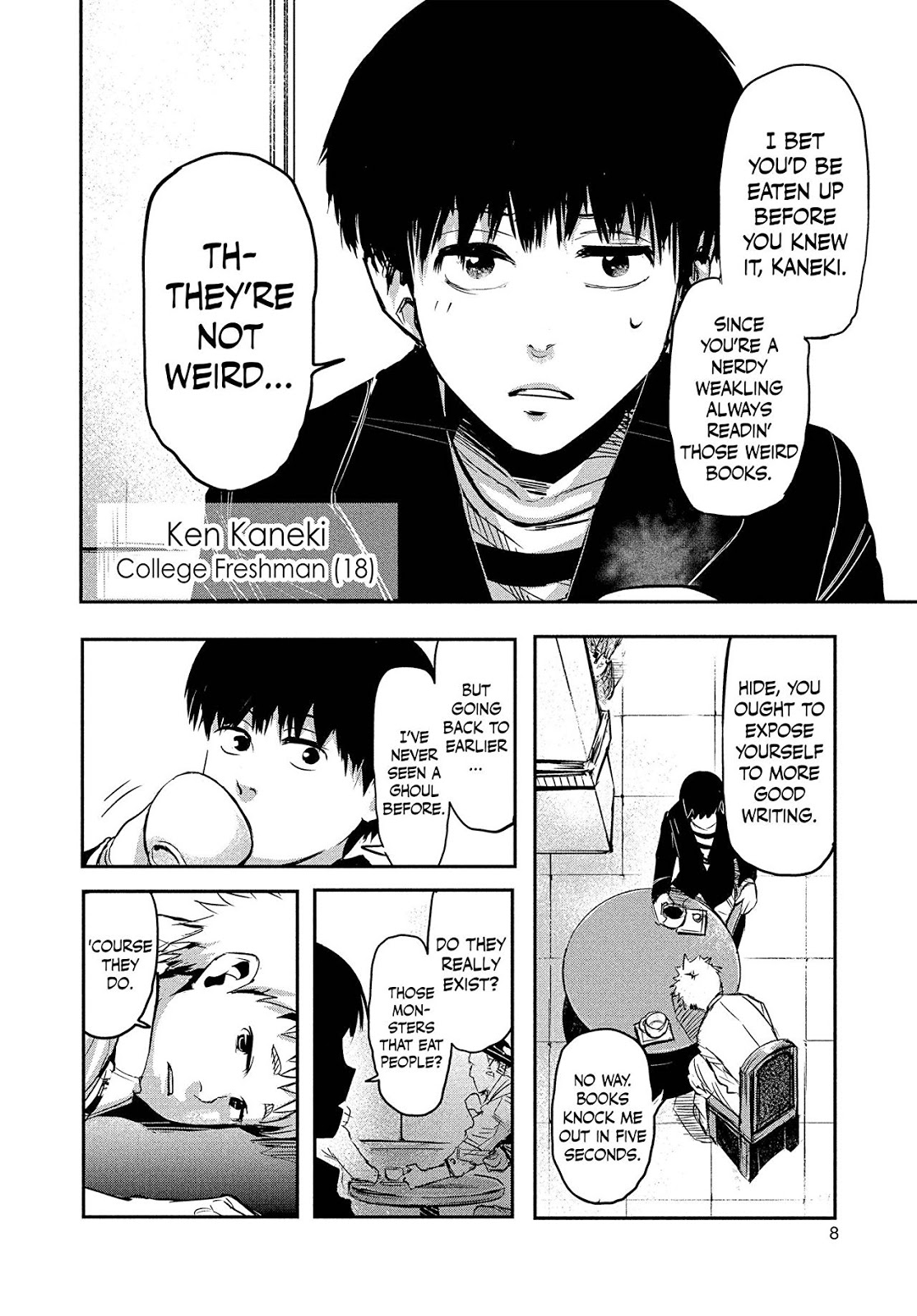 Ken Kaneki. After finally meeting a girl with similar interest, such as books, he thinks he has hit the jackpot. Only, this girl is a ghoul and tries to kill him. For the sake of not repeating the plot, just know Ken is now half ghoul and half human. This is one element that really makes this book stand out to me. If you have read/watched Parasyte, then you know when your main character is a monster with a conscious, it brings a whole lot of psychological and ethical conversations to the table. One of the bigger topics the book is treading around is is self preservation the ultimate goal. I mention this one in particular because as ghouls nothing else tastes good except for humans. However, Ken is still clinging to hope of being human. He refuses to eat humans even though he really cannot stomach anything else. It is a lot like the Santa Clarita Diet, if you’ve ever seen that (and if you haven’t, go watch it). Ken is one of the more interesting main characters we’ve covered so far. 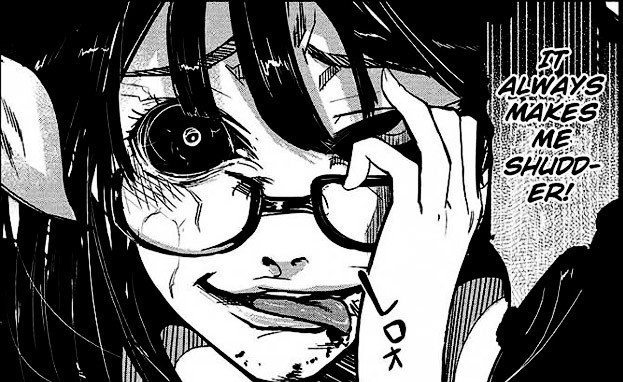 The World- What is there to say about the world? It is our regular world, just imagine zombies live in it. Which isn’t even hard to do. Child abusers, rapist, murders and cannibals all live among us and sometimes we never find out about them until they are dead. So, while their appearances were sometimes meant to be disturbing or grotesques, ghouls actually felt no worse than humans. Perhaps that is the scariest part. I could be diving way too deep but that is half the fun of running a blog page. I get to put my personal spin and thoughts on the subject matter. Ken is a real good stand-in for the audience of readers who deal with similar things in the real world. We’ve all been in class or work where it becomes advantageous to cheat, steal, or otherwise prosper from unethical or unlawful methods. Do we try hard to resist these temptations? How about when we see others getting ahead in life from being shady? Which again, calls into question is self preservation the ultimate goal. The world is the same as ours with the end of the evil spectrum a bit exaggerated. Maybe it is not that deep. Maybe its pretty surface level and just a good action thriller. My opinion is that it is a little deeper than that and that is the scary part.

Recap: I think Tokyo Ghoul is really as deep as you make it. I believe the symbolism to the real world is there and it is pretty striking. However, if someone told me the plot was just an excuse to set up more Japanese monsters, I suppose I could believe that too.

Action: One of the more action packed and gory books we’ve reviewed. It totally fits the tone.
Romance: In a Fifty Shades of Gray kind of way.
Plot: Again, I really enjoy the plot. A monster, psychological thriller at it’s best.
Characters: Some characters got introduced that I thought had potential and were just murdered. Either way, there are a good bit of characters with potential moving forward. Also Ken is in my upper tier of main characters so far.
The World: I talked in great detail about this category above. Not sure what I could add here, honestly. Boring and terrifying all at the same time.
Humor: I read this book last week. Outside of Ken and his friend interacting, I don’t remember this one being very funny. I could be wrong or forgetting some parts, but I think comedy was pretty sparse here.

Verdict Now for the part I didn’t discuss.  A, it is a big book which makes it a little more pricey. This shouldn’t stop you from enjoying it but it does slow me down on buying more volumes because those additional dollars add up. It is completely worth it however if this was the only series you collect (which for me, it is not.). B. In manga form, the action is very hard to follow. The action is huge sometimes and the pages are very dark.

Score This book would be a 9.75 if the pages weren’t hard to follow. It almost made me give up on it and I was just going to give it an 8 because I knew it was great just hard to follow. After sitting on it for a week, I’m going to grade it a 9.5 out of 10. I have passed up volume #2 several times since purchasing the first volume forever ago. I think I might give the anime a try and eventually return to the manga. Again these are all personal opinions. You may love or hate everything about the book so your miles will undoubtedly vary. With all that said, it is absolutely worth reading the first volume.

Recommended if you also enjoyed

Parasyte- Gore, violence, ethics, morality, half human half monster main character. They are pretty similar in a lot of regards.

As always, thanks for reading and have a great day. Enjoyed this blog? Don’t forget to like. If you really enjoyed it, consider reading more of my post by clicking on a link below. Thanks again.

Top five games I want ported on the Switch.

Posted on May 25, 2020, in Uncategorized. Bookmark the permalink. 2 Comments.