So you guys have probably noticed post have slowed down again. Daily Blog is officially being put on hold. Here is why:

In 2009, I started my very first youtube channel. I was 14. I made some good friends. My brother and I were best friends and bonded over making videos and playing games. I had not even started high school yet, and somehow, this was what I was wanting to do with my life. I commonly remember this time period as the second best time period of my life.

My sophomore year of high school I gave YouTube a second try. Me and my friend did improv/sketch comedy. We sent them to all our friends and we had a small following in our home town. Yet again, this was one of the best periods of my life(at the beginning anyway). My senior year, my friend and I could not see eye to eye with what to do with the channel, he eventually realized we should not change our style, but it was too late. I had already lost interest.

My junior year, I returned to my roots and began let’s playing again. It had no momentum this time and suddenly, I was having editing problems. The audio and video were out of sync. At first, I tried fixing and working around it. It become too tedious and, coupled with school, just got lost in mud.

In 2013 as a freshman in college, I decided I wanted to return to YouTube. Roughly three years later, I get a chance to return to the website I love.

When I first started out, videos did not have to be 1080, the market was not super over saturated with lets players, and half the people you know and love today either were not around or were not nearly as popular. It was simply a different time.

I’ve tried. I’ve lost passwords, interest, and patience. But I’m here this time to see it to the end. So come along with me.

Right now I am let’s playing Pokemon: Golden Age for some friends. You should check it. I already have two videos out and I’m hoping to upload frequently. Just search DaHubbz in your YouTube. 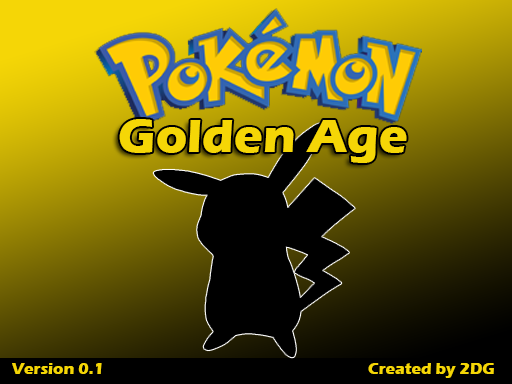 For what I am doing for today, I’m going to my local Gamestop. They should have 4 of the Mew Mythical Collection  tcg box. I’m strongly debating on buying all four. If I do, I might do a give away. If you want a more play-by-play and direct approach on this. Follow me on twitter to see what I decide over at Dahubbz.

Manga mondays and all that jazz are still on going so stay tuned for more reviews!

As always, thanks for reading this!

Pokemon20 is taking over like a storm. Today Mew went up as a gift and my heart is absolutely broken I do not own a 3ds anymore! ;(

So right out of the gate this is probably the most disappointing gift pokemons they’ve released. Lets a take a closer look though.

Wait. What? Pound? Pound! POUND!? Am I reading this right. So theyre gonna give us this level 100 Mew that just knows pound? Hmmm, what gives?

Do not get me wrong. It’s Mew. It’s great. We can fix this with TMs, but man, throw us a bone. Give it psychic or a move that is exclusive to this Mew. I mean this is Mew were talking about it, not Magikarp!

Mew is rumored to be able to learn every move and within the game Mew can learn a good bit of moves. So it’s a rather weird move on Gamefreak’s part only giving it pound. I think they’re trying to play off the original Mew if my research is correct. But whatever. I am happy he’s available on account of how rare these give-aways can be.

Next month is Celebi. and to get a full listing go to pokemon’s website.

What are your thoughts on this Mew?

Which legend are you looking forward to?

February will be getting a daily blog challenge starting tomorrow. The Monthly Theme: Legend of Zelda!

Next week I am going to reveal my newest project I’m working on. Codename: Calling all Manga and Anime lovers. I am super excited about it.

Top Five Pokemon I want as Support Characters in Pokken

#5- Clefairy- Think back to the days where teams of 6 clefairy with only metronome as their move set was a thing. We can bring that back! Clefairy could show up and use metronome capable of using any move from splash to hyper beam. That would be insane. Honesty, this is probably my favorite idea, but it is not likely, so I am slotting it in at 5.

#4- Cresselia- Her goal would be to pop in use Light Screen, Reflect, Recover, or something like Psychic or Moonblast. When she appears she would use one of these moves based off who you are fighting and what the fight is like. Say you’re versing Machamp, she could use reflect to make his moves weaker or if you’re losing she can recover your health some. I am pulling for Cresselia, but there are a million pokemon’s with that move set. I could even root for Latias or Latios to promote ORAS. Whoever it is could really help swing the match or help you get back in it at least. It’s a solid idea.

#3-Mew- If were rooting for Mewtwo than we gotta be rooting for Mew! I don’t even care what the angle is. Mew is an awesome pokemon who could do a lot of cool stuff if you give him the spot. If they had finishers like in smash or mortal combat, it would be cool for mew to come in and help Mewtwo. I do not know how likely this would be since Jirachi is already confirmed and they could always use Celebi or any of the other base 100, but my hopes would be on Mew.

#2- Delibird!- Now this is almost as awesome as the metronome. He would play off his present move. He would have a set number of items from a Sitrus berry to sticky barbs. There would be a 50% chance he would give you the present and 50% chance he gives the opponent the present. He could add some randomness that would be fun against friends. I doubt this very likely either but it is a fun idea.

#1- Bulbasaur- Come on, he’s the OG of pokemon(And thats coming from a Squirtle fan!). He has access to all the moves you would want from a support. Stun Powder, this could either slow your opponent down or make it where they can’t block. Sleep powder would wreck your opponent. Poison powder could drain life from them over an allotted amount of time and than something like Synthesis could gain you life depending on the weather of the stage.

I think Bulbasaur and the Cresselia option are the best as far as support goes. They aid you well and can hinder the opponent. Delibird and Clefairy are really more of fun ideas. Mew might not make it because Jirachi is already added.

Who do you want? Leave a comment and let me know!

Check out The Top Five Pokemon I Want As Fighters!