My Personal Spell Book (A Magic the Gathering Post)

Okay, guys. I’ve been seeing this go around. First off, Sam Pardee shared a photo of his own personal spell book. I’ll add the link to the picture here via twitter. Sam’s Spell Book
Then, MTG Streamer Jim Davis made a post about his own personal spell book. You can read that here. People in his comment section were taking the time to post their own. So, I figured why not? Ill make my own! 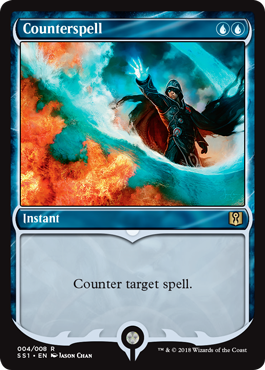 Here’s an example of a card from the Jace’s Spell Book.

Okay, so the idea is I will list the 8 cards that would be in my spell book. These aren’t necessarily the best spells in the game. They’re just spells I love or have a fondness for. Okay let’s start the list off

My goodness. This is arguably my favorite card of all time. This was the first card I ever opened in a pack. I had a friend explain to me how a creature could tap for mana. I thought ramping was the most busted thing ever. I immediately started grabbing all the big, dumb green creatures I could find and threw it in a deck. At the same time, I tried watching some Magic the Gathering streams to understand the game better. One of the first matches I watched was a GR Monsters deck. Elvish Mystic was a huge part the deck allowing the deck to play cards earlier than normal. On top of that, he lead to my love of the Elf tribe. He is a pivotal part to the modern version of elves. I jam him in a lot of green ramp/monster decks. I’ll never forget how cool I thought this guy was. And quite frankly, he still is.

Well, we had to ramp into something right? To be fair, I feel in love with a lot of the monsters like Polukranos, World Eater, Hydra Broodmaster, Terra Stomper and Destructor Dragon, but the card I loved the most was Genesis Hydra. I would put so much mana into this guy I would end up hitting Polukranos anyway. They were an unstoppable duo in my play group. Definitely my favorite casual deck.

In all my time playing magic, this may be the card I have cast the most. It took me forever to realize why this card was so good. I thought this card would just eventually be so bad. Which, I mean, to be fair, after turn 5 or so the card is just bad. However, Modern, a format I was new to, was just too fast to not be interacting with your opponent on turn 2. It’s been a corner stone of most of my UW/UWB modern decks.

Shaman of the Pack

Standard Elves was arguably the first competitive deck I ever built as most of my Monster decks were casual. I could have so many other elves in this spot such as Dwynen’s Elite, Elvish Visionary or Dwynen, Gilt-Leaf Dean which are all strong candidates. I loved them all. However, draining people for a crap ton of damage was just so much fun. This is a deck I am currently trying to rebuild with some strong modern upgrades.

There is almost no other game action I love more than drawing cards, maybe countering spells. The time has come to pick a draw spell. It was tough! There’s Opt, Sphinx’s Revelation, Chemister’s Insight and many more. However, when I built my first Esper Control deck, think twice was an important part of curving out right. Giving you something to do on turns 2 and 3 while keeping mana open to Mana Leak something if needed. I think this card is a staple in “Draw Go” Control.

I could not put this card in my Esper control deck in standard fast enough following it’s printing. I destroyed a lot of people curving this into Sinister Sabotage. They took care of problematic threats while each surveiled allowing you to smooth draws, hit lands, or get more counter spells. I loved this start. I had a rule that I would keep most hands that allowed me to cast Thought Erasure on Turn 2 and definitely keep the ones that let me curve into Sabotage.

My first exposure to an alternative win condition. Which is to say, winning without reducing your opponents life to 0. Many people thought this card was broken. It really wasn’t. I did win a lot of games with this card as the win con, but that’s not to say it could not be beaten. It did feel good to only have to run this if you did not want to run creatures. There’s talk of Wizard’s adding Amonkhet to MTG Arena. You best believe we will be tearing up historic with Esper and Bant 2nd Sun!

Nissa entered my life at an interesting time. In my casual group I was the green player. I was also the only one of us to pull a Planeswalker. Naturally she went into every green deck I was building at the time. Nowadays, Nissa the character is still my favorite Planeswalker though this probably isnt my favorite Planeswalker card, I doubt it is even my favorite Nissa PW card. Gideon being a creature PW that dodges boardwipes makes him ideal for my control decks. The new Narset is busted not letting opponents draw additional cards on top of finding more spells. Nissa, Voice of Zendikar is an aggressively costed PW who can be a creature factory to help against sac effects and generate blockers. Though there is no denying the impact this card had on me. It further more convinced me to play green. It made me feel more powerful than my friends without PWs. And fetching up all my forest to run my opponents over was such a great feeling.

So there you have. I left off plenty of great cards like Path to Exile, Savage Knuckleblade, and Disdainful Stroke. But that’s how making a list goes after all. Let me know what spells make your list!