Top 5 Pokemon from Kanto I never used but wanted to!

Top 5 are backs! And today we have a good one too.

Im currently playing through Pokemon Leaf Green. In the original generation (Kanto) there were 151 Pokemons (including Mew). With that in mind, for one reason or another, I’ve never owned all 151. Today, we’re going to look at some Pokemons I’ve never owned. Specifically, Red, Blue, and Yellow, as Fire Red and Leaf Green changed some things.

I had a tough time picking between Flareon and Jolteon. Honestly, this could include almost any electric type and any fire type. Their move pool was so shallow and they didnt learn good moves until it was basically too late. Using Flareon for example, it learned Ember at 31, Fire Spin at 44, and Flamethrower at 54? 54! That’s crazy. And the Pokemon Competitive scene (Which I wasn’t apart of at the time) had different rules. I cannot possibly see Flareon as being anywhere good enough for competitive standards at the time. But this trend of learning your best move in your 50’s was a common theme, and problem for that matter, for a lot of Pokemons. The problem may exist for many different types, but for me, Fire was the Poster Poke for getting messed over by this trend. Lets look at some of the other options:
Magmar is another fire Pokemon I love but the movepool problem plagued him. He learns Ember, Fire Punch, and Flamethrower. He learns Flamethrower at lv 55. It’s just too big of a problem.
While these problem specifically apply to competitive use, it also impacted my decision playing through the old games.

So, as you can see, Bug was not hit the hardest (That would be Dragon and Ghost), but its moves just did it no favors. I personally think Bug had 3 of the coolest Pokemons from Gen 1 in Pinsir, Scyther, and Beedrill. But they are almost unusable. If youre curious, the 4 bug moves are: Leech Life, String Shot, Pin Missile, and Twineedle. Despite looking awesome, I just never bothered to use one. On top of all that. Pinsir is a Blue exclusive. I never played Blue that much.

Where to begin? It has the shallowest of shallow movepools. It’s only STAB move has a set damage of 40. It doesn’t even learn Hyper Beam until level 60. It’s just meh. Not to mention, getting Dragonite is a hassle. Dratini can be found in the safari zone. I believe it can be bought at the game corner, but I never really bothered with it. Now, Dragonite is one of my favorite Pokes from Kanto (As I love the design). I even voted for it in my Top 5 Pokemons that should be added to Pokken. Outrage would be added in Gen 2 along with a few few other moves. So that’s good and all. 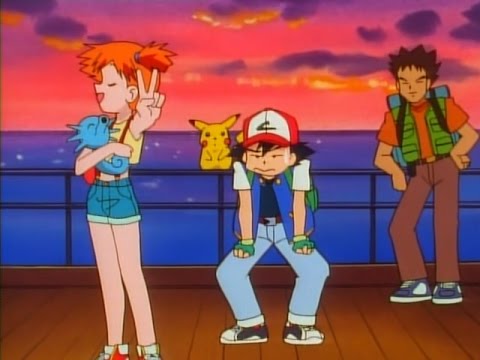 I love Horsea. Unofficially she is my 2nd favorite Pokemon in Gen 1. Sadly for her, my favorite is Squirtle. I just never needed a second water type. Honestly, I’d probably be more inclined to pick Staryu anyway for obvious reasons. But I loved Misty’s Horsea in the anime. She is very precious. I do not know if I’ll ever use her in Kanto. Seadra’s best move is Hydro Pump. A powerful move with just 80 accuracy. Now, being a water Pokemon it does have access to Surf. TMs give it the availability of Skull Bash, Blizzard, and Hyper Beam.  I do not know if Ill ever use Horsea as I use Squirtle in almost every Gen 1 adventure. And yet again, Staryu would still exist. But hey, maybe for fun one day.

This spot could go to most Normal Pokemon (Snorlax, Chansey, Clefable) and any safari Pokemon (Tauros, Chansey, Etc). It was hard to narrow down, but I ultimately settled on Kangaskhan. Her design is really fierce and the joey is sweet and would go on to be a big part of her Mega Evolution. Her movepool is amazing as she learns bite, Mega Punch and Dizzy Punch. Tms open her up to moves like Body Slam, Double Edge, Take Down, Mega Kick, Submission, Earthquake, and Rock Slide. She even learns Thunder and Blizzard but her special is not anything to write home about. I dont really remember if the anime highlighted her or not as it seemed to spotlight Tauros more but I could be wrong. Factor that into her being deep in the Pokemon Safari and that was all just too much for a young Pokemon Trainer to grapple with.

I’m going to end it here, but I hope you guys enjoyed it. I will try to bring top 5 back, but we will see how I do I suppose.

Thank you for Reading! Have a great Day!