Amonkhet Remastered launched less than a week ago with hopes of adding a bunch of powerful, new cards to the Historic format. With it new archetypes will emerge and existing ones will look to strengthen or refocus themselves. Here’s 5 decks I want to brew now. 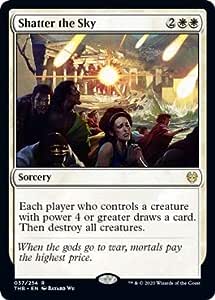 This is a controlling ramp deck. Growth Spiral and Uro are a great reason to play blue and green in the deck. Blue also gives great counter spells and draw spells as well as Planeswalkers. Green is mostly here to ramp us. 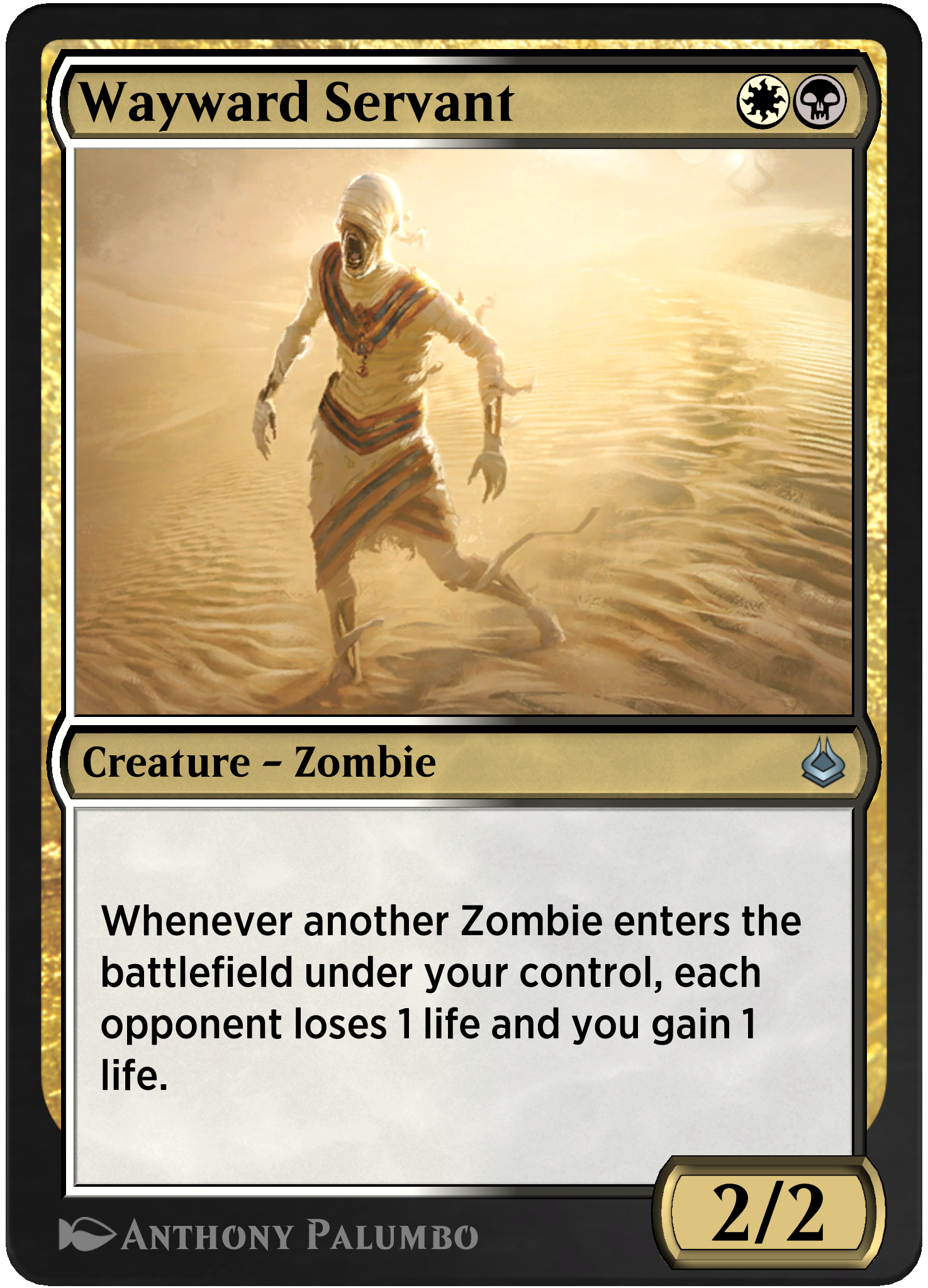 Zombies were a big part of Amonkhet block. It is only natural to think the tribe would see an uptick in playable cards now. Dread Wanderer, Wayward Servant and Thoughtseize headline a stellar cast of new cards. Zombies are always an interesting tribe being a black aggro deck. They get interaction in the form of Murderous Rider and Thoughtseize which is powerful. They also get recursive creatures and creatures that make tokens which can be used directly in conjunction with the draining abilities of Corpse Knight and Wayward Zombie. I see a lot to like in this deck. It’s filled to the gills with rares though so it is not the cheapest deck to throw together. 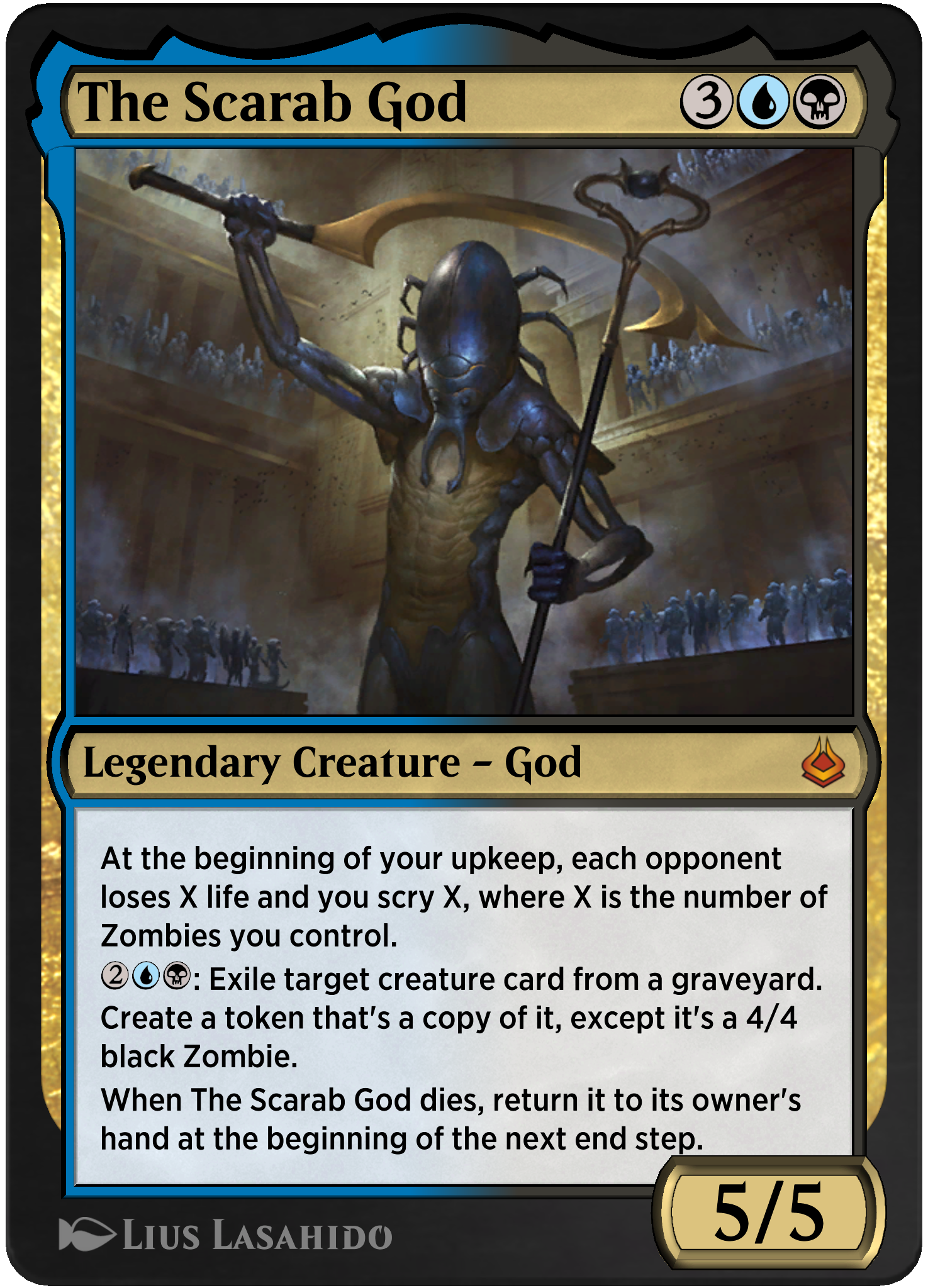 This deck is going to look a little familiar to the standard deck of old. I see new UB list running Murderous Rider and Brazen Borrow. That is probably correct. At first, I didn’t like that idea because those cards don’t really do anything when getting revived by Scarab. However, they do allow you to interact with the board on turns 2 and 3 and buy you time to get to turn 5+. I do want to run high impact cards to revive off of Scarab so cards like Chupacabra, Champion of Wits, and Hostage Taker all come to mind. We want to control the game with our spells and creatures and then pull away with the insane card advantage in the late game Scarab God provides. 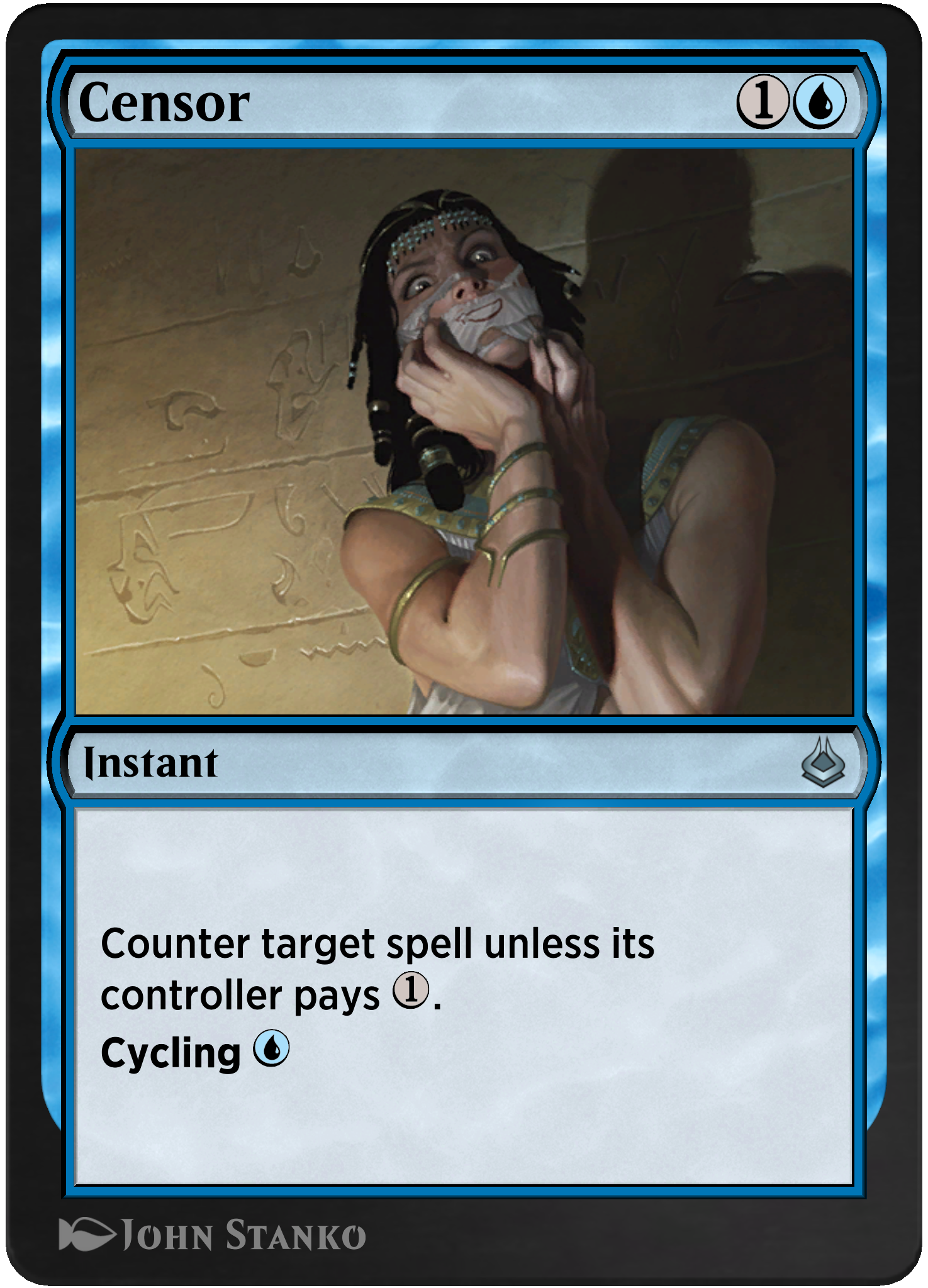 Pteramander finally gets a one mana hand strip spell and it is one of the best ever, Thoughtseize. Claim to Fame is another interesting addition here. We can now fire our creatures off a bit more aggressively and then just claim them back later. Of course, in the late game Fame can help swing over with haste late. Is Censor good or bad in this deck? The card is a very polarizing card to begin with. However, cycling allows us to fill the yard for Pteramander’s adapt while also drawing a card. I think I’m willing to test it in here. The goal of a Pteramander deck is to play cheap interaction cards that don’t need targets to cast. Shock is a good example of being able to interact with creatures if needed or sling it at them for damage. Pteramander becomes insane value late in the game as a 5/5/ flier for an overall 2 mana investment

My astute readers will notice Amonkhet did not reprint a single elf creature! So how did this get #2 on the list? Well, the other half of the name kind of gives it away. Collected Company. 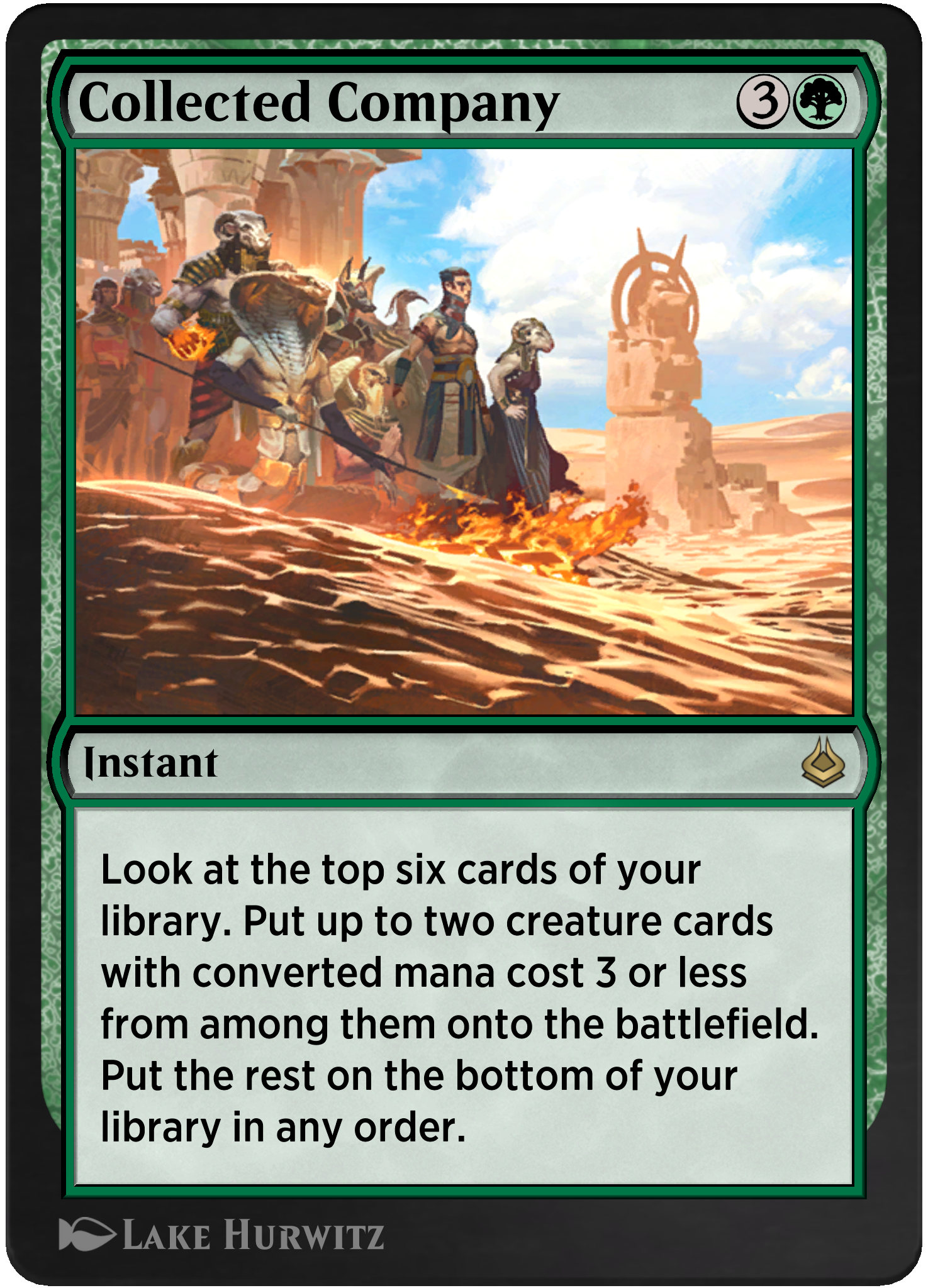 Elvish Clancaller and Imperious Perfect definitely gives the deck a few lords it needs. Llanowar Elves, Dwynen’s Elite, Elvish Visionary and Steel Leaf Champion allow the deck to play an on curve aggro plan. Collected Company helps the deck “elfball” so to speak or recover quickly. I’ve never got to play with CC because it has always been so expensive. I can’t wait to finally test this out. Merfolk is also probably going to love this new card too.

#1 Esper Approach of the Second Sun

I’m curious how Draw Go this archetype wants to be. Or does it want to play Planeswalkers and ramp spells? Would it prefer to play Settle the Wreckage, an instant speed board wipe, or tap out for a less conditional removal spell like Shatter the Sky? I think pure control favors Esper, while tap out, ramp and planeswalkers, favors Bant with Uro, Hydriod Krasis.

There’s some other interesting decks such as Jeskai Cyclers and Esper Humans or even Riddleform that look really fun to brew around.

Let me know which deck excites you the most.