They did it. They actually did it. I know what you’re thinking. “What did who do?”

Pokemon! Someone at Gamefreak seems to be a fan.

In all seriousness though, back in September I was messing around with ideas for future types, moves, and abilities. Check it out if you haven’t already. If you know anything about me and Pokemon, it’s that I love poison Pokemons and I constantly try to think of ways to make them OP. I tossed out a theme revolving around the word rancor. I came up with a standard 120 base power poison move called Rancorous Blast. It had a 20% chance to poison any type of Pokemon. Obviously, I despise steel Pokemons and this was my way around them. Well earlier today Game Freak gave us Salandit: 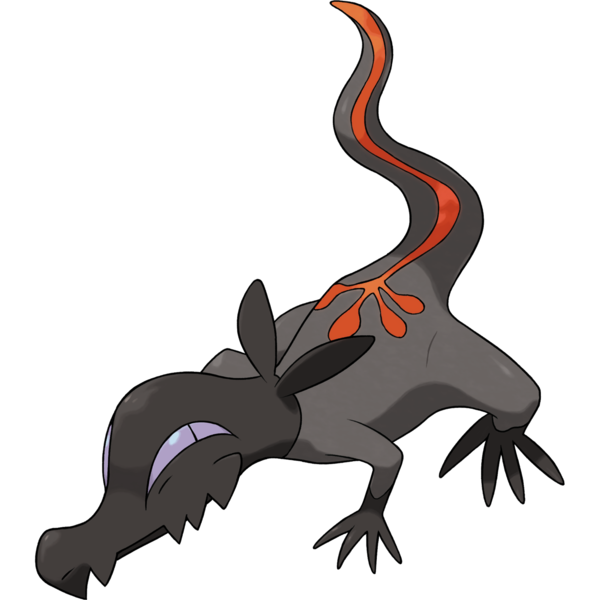 Okay, so before we get carried away, let’s evaluate him for what he is.

He is based clearly on a salamander. Parts of him seem off, but not enough to take away any points. He is Poison/Fire. So right off the bat is a slam dunk in my book. A steel fire Pokemon just feels like a win. This typing would have been amazing in prior generations. Poisons suck against steel, so fire would have been a nice touch… and still is, mind you. Now, though, poison Pokemons have access to the ability corrosion.

Corrosion, a great name for this ability as well,  means the user can inflict poison damage on any typing of Pokemon. And yeap, you guessed it, even steel types. But Game Freak did not stop there. Nope. You can even poison poison Pokemons.

This is truly a great day for all us Brotherhood of the Poison Pokemons.

I really do think he is going to be a big deal. They clearly used him to illustrate this new ability (a huge ability at that) for a reason, and they slapped fire on him too. I think he can be a trend setter for awesome Pokemon to continue and shake up the landscape. I am honestly getting super excited for this region.

I’ll hold back from giving him a 10 out of 10 just yet, but now the only question I have is why couldn’t he be a starter over Litten!

Oh, and Pokemon Go came out today. I’ll talk about that tomorrow.